It is no secret that post parenting, I enjoy binge watching mysteries on Netflix.  I have to say I am so impressed with the quality of international shows on it, that I am proud to share the top Netflix mysteries and detective stories I watched last year that I know you will love!

Some of them I ended up binge watching, which was not the best idea in hindsight, however they were so captivating it felt like I couldn’t stop!

This is a fantastic investigation on several murders that are connected, where homicide detectives Sarah Linden (Mireille Enos) and Stephen Holder (Joel Kinnaman) investigate to find out the truth.  I literally watched the entire first season in a 12 hour span, back to back, as the cliffhangers were really intense!  Apparently this show was on AMC for some time but was cancelled most likely to poor viewership, however, Netflix did right on picking up this gem as it was golden!  This involves a murdered teenager, the police themselves become suspects, and dirty politics in the police force and the mayor all seem to connect.  It gets pretty bloody at times, so I would keep a big blanket handy nearby so you can jump under it during the scary parts. I will let you do the honors of watching it as it is really one of the best series I have seen in a long time.

This one is super scary, especially in the beginning, and focuses on a murder of a small boy that is set up to look like he jumped off a cliff.  No spoiler alert here, however there are red flags everywhere in this small water town and everyone seems like they have bloods on their hands.  The actor pair here were especially superb, and the mystery of it all was really engaging, would highly recommend it.  David Tennant & Olivia Colman where an excellent team, as an unconventional pair of detective partners that went above and beyond in bringing to light the truth.  A great weekend warrior series I highly recommend catching!

This one was a stellar empowering series, that basically gets two bystanders in for the ride of their life, while they witness first hand a dirty cops handiwork, while simultaneously getting kidnapped by their crew.  This becomes a tale of survival but also a tale of lies and deceit from the police department and how bystanders can become wanted criminals in action.  This was solid, gets a little cheesy here and there, but definitely worth the watch! The series connects two complete strangers, Lola and Chelsea, who see a fatal carjacking while at a bus stop.  The actors Rebecca Gibney (Lola) and Geraldine Hakewell (Chelsea) are suberb. Strangers become bestest of friends throughout the series, which is a cool path to follow as you watch. 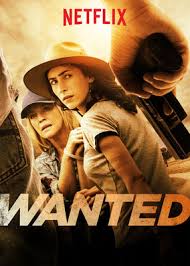 A boy named Jesse, who went missing over 20 years ago, finds his case at the forefront of a current investigation where his DNA is found at a crime scene and the detectives are stumped.  This goes into the personal faults of all the characters as everyone is a suspect, but no one can pinpoint the solution to the case, until one detective gets a good lead.  Would highly recommend this for your weekday watching as you can watch each episode and take a breather.  Sara Solemani (Pru) really does a great job as the lead heroine, so I would definitely give it a shot!

A female General Practitioner or MD is murdered in broad daylight on a playground with her child and all hell breaks loose.  Detectives try to find out if this was a random act of a crazy man or a deliberated kill to hide medicinal secrets from the public.  A definite must watch this year if you missed it last!

Time to get your favorite back of popcorn ready, along with a nice cold glass of Coke with ice, you are in for some good Netflixing! 🙂

One thought on “Top Netflix Mystery Series in 2017”